The Bad Plus Activate Infinity 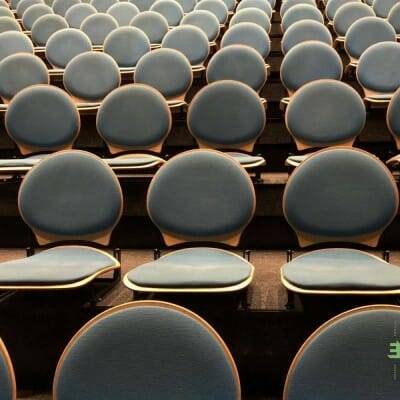 Activate Infinity is the second album from The Bad Plus since Orrin Evans replaced co-founder Ethan Iverson in the piano chair. This widely popular jazz trio who has gathered a wide fan base drawing on pop and rock audiences, has delivered an album almost every year since their inception in 2001. For Evans’ part, he brings over 20 years of experience and deep post-bop chops to the trio of  bassist Reid Anderson and drummer Dave King. The band essentially continues to maintain its singular style, rife with spare melodies, off-kilter rhythms, and subtle, genre-bending aesthetics. Much of that has to do with Anderson and King, who continue to play in their distinctively minimalist fashion, boiling various jazz, rock, and funk rhythms down to their core elements. What’s particularly compelling is how the trio sets up each song with its deft touch, and then launches into more loose, improvisatory midsections that allow for intense group interplay and harmonic asides.

The album represents for the trio, an ultimately the listeners too, a place of sanity amidst an increasingly chaotic world, a relatively short 37-38 minutes go. The band is a true democratic unit with each member writing compositions, many deeply personal but widely appealing. Reid Anderson’s opening “Avail” is a vehicle for exuberance filled with bright piano chords, and pulsating rhythms from Anderson and King. “Slow Reactors,” another Anderson piece, builds gradually from a  mysterious, dissonant start to a medium tempo behind Anderson’s walking bass line and King’s steady beats, threatening to explode into more fury but never reaching that point.

Dave King’s “Thrift Store Jewelry” is a lively piece inspired by reclaimed treasure, filled with tricky, rather abrupt rhythmic changes. Evans’ “Red Door” sounds a bit different than the preceding three with his right hand melody augmented by deep lower register chording as if to explore what is behind the door while King is over all his snares before the trio join in more of a exuberant ensemble approach to the melody. Evans also is the writer for the gorgeous, sensitive, romantic ballad “Looking In Your Eyes,” a marked departure from the previous effervescent track. “Dovetail Nicely” is another King piece, full of Monk-like start and stop piano runs and terrific trap work.

Anderson, who composed four of the eight, takes the honors for the last two, “Undersea Reflection” and “Love Is the Answer,” the former, a short piece at a bright, rapid tempo marked by several ostinatos in the opening before becoming more improvisational. The latter, of course, is of a more romantic nature, filled with lush chords and notes and subtle interplay. Given that the piano is generally carrying the melody and theme, what makes The Bad Plus stand out is their emphasis on singular piano notes and chords in many passages rather than a dazzling, rapid all-over-the-keys approach. It’s as if to shun showmanship while also allowing Reid and King to be more aggressive and inventively rhythmic in support.

As this writer has commented in other outlets on the nature of piano trios having a boring image to many, The Bad Plus continue to stand apart from that with their imaginative, unpredictable approach, which proves uplifting.