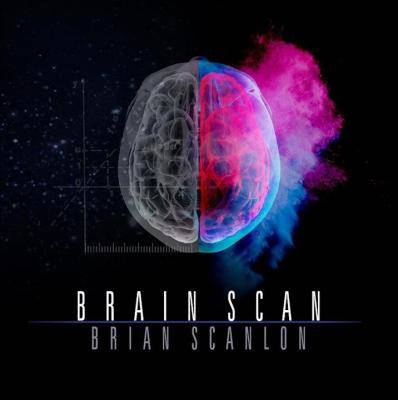 Even before listening to Saxophonist Brian Scanlon’s debut album, this writer couldn’t help but chuckle at the album title, knowing how often “Brian” has resulted in the typo “Brain.”  That alone was a good omen. Scanlon is a first call studio musician, who has worked on dozens of movies and television shows over the past 32 years. He’s also been a sideman on projects for such notable artists in jazz and pop such as Bob Dylan, Randy Newman, Phil Woods, and Arturo Sandoval. He’s shared the stage with names that are equally as big. Perhaps he is best known for his 17-year stint with Gordon Goodwin’s Big Phat Band, where he holds the first tenor sax chair. The band’s 2015 CD, Life in the Bubble, won a Grammy for Best Large Jazz Ensemble.

Obviously, putting out his own CD was always a ‘back burner” item for Scanlon who has been composing for 25 years. Nearing 60, he felt it was time to finally make his debut. Although Scanlon is a master of several woodwind instruments, he chose to play tenor and alto sax on this album comprised of eight originals and one 1938 jazz standard, :Harlem Nocturne.” He’s accompanied by some of the best West Coast jazz musicians including Tom Ranier (four tracks) and Ed Czach (five tracks) on piano, Trey Henry on bass, Peter Erskine (Weather Report) on drums, and three different guitarists (Andrew Synowiec, Larry Koonse, and Avery Scanlon) on select tracks with Joey De Leon on percussion. His tastes are broad, ranging from straight ahead to fusion with a penchant for Latin and funk grooves.  For the most part, his writing is challenging and complex, but his use of grooves keeps it well grounded. “Harlem Nocturne” is a nod to his original saxophone teacher in New Jersey, his original home.

The opening “Brain Scan” was written ten years ago and features his son Avery on guitar. The brisk, inspired playing continues with “El Entrometido” featuring Ranier on a dazzling piano solo with percolating percussion from De Leon. “Re-entry” touches on smooth jazz, with his alto nodding to Grover Washington Jr. and David Sanborn with a burning guitar solo from Synowiec. Four tracks in we get an extended ballad, “Not Watching (for Nancy)” inspired by his girlfriend of the same name. “I Hear Something” a takeoff on “I Hear a Rhapsody” with shimmering piano again from Ranier.

“Mark’s Time” is purposely beautifully melancholic as it’s named for his brother, to whom the album is dedicated. Mark passed from AIDS in 1992. The deft, tender touch of Larry Koonse’s guitar is a strong element of the piece along with Scanlon’s robust, expressive tenor.  The brooding “My Right Foot” is autobiographical as Scanlon was born with a club foot and had many corrective surgeries as a child. It’s rendered with simply a quartet with Ed Czach taking the piano solo as Scanlon plays in the style of Dexter Gordon. The epic closer “Scandalized,” with his son returning on a rather bluesy guitar and De Leon on tasteful percussion, exemplifies Scanlon’s work in film with its sensual noir vibe.

Scanlon is already well-known among jazz fans but it’s certainly not too late to make a name as a leader. Sixty is still young and 25 years of composing indicates there’s plenty more of this terrific music in his tank.