Who by The Who 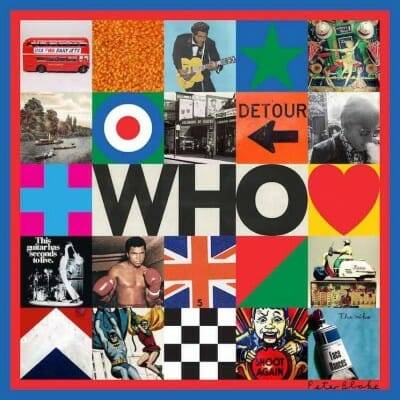 In the history of popular music many legends have been born. Some shone so brightly they lit up the entire heavens. But sadly their flame blew out all too soon. Jimi Hendrix, Janis Joplin and Jim Morrison to name but a few.

There are also those who have survived the changes and challenges that time has thrown at them to the present day. The Rolling Stones springs to mind touring the world selling out massive stadiums and keeping their fans enthralled in the process.

However in the majority of cases with most of these long standing survivors, it’s fair to say the newer material while good would not stack up to the material written during the early days of their career. But life does throw up exceptions to every rule.

The Who with their latest release in December 2019 simply called “WHO” may well have released the album of their long and illustrious career.

From the opening track “All This Music Must Fade” to the closing track “Danny And My Ponies”. The pace is simply electric. The intensity, the creativity and the originality could only have come from the musical genius that is Pete Townsend. Let’s not forget his partner in crime Rodger Daltrey who’s voice is probably sounding the best it’s ever been.

It would be an impossible task to single a particular song on the album as the highlight. It would be more accurate to say the entire album is a highlight of The Who’s long and distinguished career. Once you hear the opening song on this album your hooked .

The Who will in 2020 embark on a worldwide tour. If there is a show playing close to where you live I urge you to get there.

I will tell you this, right here and right now that rebel soul of The Who has never burned brighter. These songs have set a very high standard

This album defies the odds and it’s definitely a contender for album of the year. Written and performed by a band who’s music will definitely not fade.