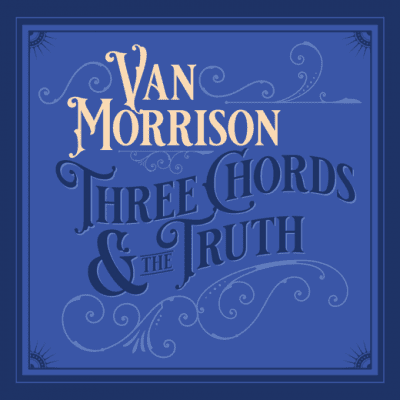 Three Chords and the Truth

Van Morrison is a wonder. Three Chords and the Truth is his 41st album and he is 74 years old, and he sounds marvelous!

The album is all straightforward music with no fancy effects. The backing band, including Astral Weeks guitarist Jay Berliner is part of the reason why, and Morrison himself is everywhere, playing guitar, electric piano, and sax.the marvelous backing band and Morrison is everywhere, playing guitar, piano, and saxophone. He wrote all the songs except for “If We Wait For Mountains,” which he co-wrote with lyricist Dan Black.

Morrison sings about his usual topics. Mysticism and the desire for deeper understanding fuel “Dark Night of the Soul.”N ostalgia is the inspiration for “In Search of Grace,” “Early Days,” and “Days Gone By,” a great song for New Year’s. He blasts politics in “Nobody in Charge” and the dark side of stardom with a wonderful assist from Righteous Brother Bill Medley on “Fame Will Eat the Soul.”

The style of the music is a mixture of R ‘n B, gospel, folk, and easy rock. It all flows together, tied by that well-known, effortlessly expressive voice. The man can sing anything and it will just sound like Van Morrison.

This is a fantastic album by a timeless singer-songwriter. It is highly recommended!

Who by The Who