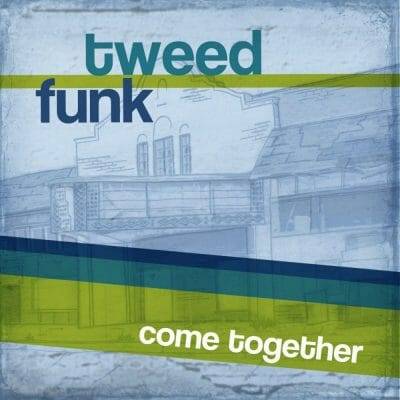 Tweed Funk” is a Memphis based blues, roots and soul band from Milwaukee, Wisconsin. The band is led by vocalist Joseph “Smokey” Holman. In the mid-1970’s Smokey and his group “Love’s Children” were signed to Curtis Mayfield’s Curtom label. Holman also worked with Rufus Thomas.

Tweed Funk was formed in 2010 and released their first album “Bringin It” in 2011. They followed up with 2012’s “Love Is” and 2014’s live album “First Name Lucky”. The band is a five time WAMI (Wisconsin Area Music Industry) award winner.

All songs were written and arranged by the band. “Light Up the Night” opens with the horns and the funky bass of Madunic. Great solos follow by tenor sax man Spadafora and by Woolverton on trumpet.

Holman’s beautiful gospel tinged voice lights it up on “Don’t Give Up”, “on your dreams, walk with purpose to your destiny”. Madunic’s church like organ completes the sound. Woolverton’s trumpet solo is especially nice as are the background vocals by Dzioba and Moilanen.

Other highlights include the title track “Come Together” and “Love Ain’t Easy”. On the later, Spadafora switches to a baritone sax.

The band remains funky throughout the entire recording. If you like soul and horn driven R n’ B check out “Tweed Funk”.