Rob Robinson of HeavyDrunk Is Making a Scene 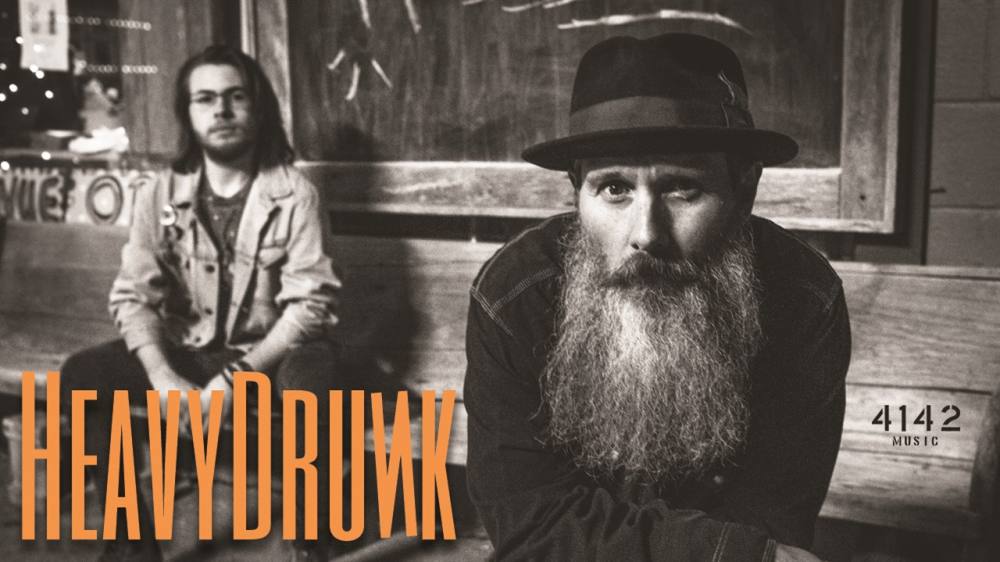 Making a Scene Presents an Interview with Rob Robinson of Heavy Drunk! 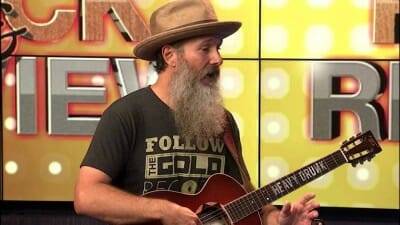 With a band name that’s evocative of the thick, dizzying vibes coursing through their latest album, Holywater, Nashville-based blues-soul outfit HeavyDrunk continues to solidify their reputation both on record and in their live shows, which bristle with kinetic, freewheeling energy. The nine-piece group’s unusual name originated with a quip from no less than blues icon Clarence “Gatemouth” Brown, relayed later to HeavyDrunk front man, Rob Robinson by a friend and musician who played in Brown’s band at one time. “Man, he’s a no-playin’ so-and-so… and a heavy drunk!” the music legend sneered, when urged to invite the unnamed subject of those derisive words – another well-known blues artist – on stage to play with him. While Robinson remains protective of the identity of the musician whose reputation inspired the band name, there’s no denying that the ace players who contribute to the HeavyDrunk sound create their own intoxicating blend of musical flavors including Mississippi Delta blues, rousing gospel, sultry soul and muscular rock ‘n’ roll. 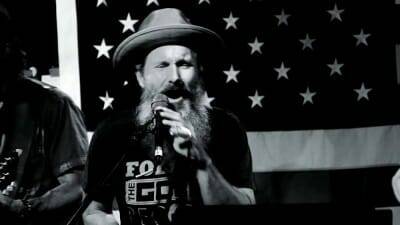 At the helm of this nine-piece band is Robinson, a Louisiana-born, Mississippi-raised singer-songwriter and restaurateur with feet firmly planted in the dual worlds of classic – and decidedly Southern – music and food. The owner, since 2008, of multi-award- winning and historic Puckett’s Grocery and Restaurant in Leiper’s Fork, Tennessee, 45 minutes south of Nashville, Robinson leads a band that smokes onstage, while offstage he spends much of his time feeding the smoker at Puckett’s in order to serve up some of the restaurant distinctive, slow-cooked barbecue and other famed dishes.

“To me it’s always been about food and music,” says Robinson. “In Monroe, we had a neighbor, Fannie, that used to keep me. She would come over and help with the housework and stuff like that. She was a big, black woman and she sang in the choir at church. My first living memory is falling asleep as a baby, listening to her singing gospel tunes. Then I moved to Jackson, Mississippi, and pretty much grew up between Jackson and Monroe, Louisiana. Mom bought a five-dollar guitar at a garage sale down the street, and that’s really where I got my start. It was the best therapy that I could have ever had as a young man growing up, just to be able to get my feelings out through a song.” 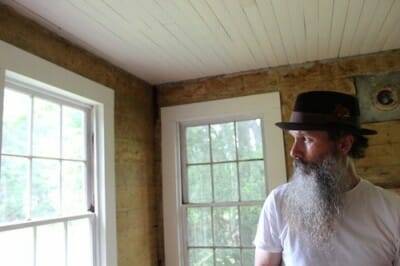 With memories of Cochon du Lait (smoked pork, literally translated as “milk of the pig”), and crawfish boils mingling with ever-present live music, Robinson was introduced to and inspired by the many Delta blues artists who played Enoch’s, a Monroe café where he often worked in the kitchen, since he was still underage and otherwise unable to get into the venue.

Once he moved to Nashville, then to Leipers Fork to take over Puckett’s, Robinson started a weekly open mic night with HeavyDrunk playing the old country store every Thursday night. He also started a “Beer, Barbecue and Jesus” night featuring gospel music on Sundays.

All but two of the songs on Holywater – the exceptions being a Rolling Stones cover (“Slave”) and “Midnight in Harlem,” penned by Mike Mattison and Derek Trucks – were written or co-written by Robinson and are brought to the peak of flavor by the acclaimed players, whose various resumes include backing Elvis Presley, Prince and Keb’ Mo’, among many others.

Encompassing vocals, drums, bass, keyboards, two guitars, two horns and a pair of soulful background singers in the mix, Holywater sizzles from start to finish, kicking off with the explosive “If I Loved You Hard Enough,” with its provocative opening line, “I grabbed her by the hair of her head and drug her across the Piggly Wiggly parking lot.”

Hypnotic horns and a more mellow setting distinguish the album’s title cut, which calls to mind prime Randy Newman or Leon Russell material. The seductive “I Can’t Be Satisfied” is one of the tracks spotlighting horns and vintage Hammond B3 organ, while tunes including “Somebody’s Got to Take Them Panties Off” take a refreshingly direct, albeit devishly humorous, approach to seduction. 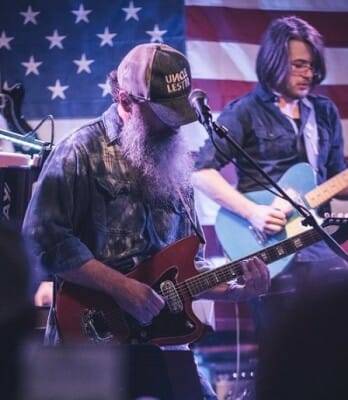 Of special note throughout are the gospel-infused background vocalists, including Renee Armand. “She’s not singing lead on anything on this record,” says Robinson, “but I’m sure it will come to that. She has a rich history. She’s written for Michael Jackson and she wrote with Hoyt Axton. She has one of those voices… when you hear it, you just kind of have to stop. Kind of like, ‘Well, OK, if there’s anything on earth that’s just close to what an angel sounds like, it’s that.”

Another of the album’s most delectable ingredients is its infectious grooves, found in such upbeat numbers as “Pick You Up Along the Way,” which charts a psychedelic journey on a magic-filled mountain in which one encounters a walrus and a dancing bear on the way to enlightenment.

Closing the record, the tender “Shine On” reflects on a lost love. Less a bluesy lament and more a song of hope, it’s a fitting, if somewhat bittersweet dessert to the satisfying 13-course meal that is Holywater.

Whatever the recipe, Robinson reiterates that for him, music and food are interchangeable and essential. “It’s kinda like when you pour a good barbecue sauce over a great piece of meat; it just infuses itself into the music,” he notes. “I’ve run a barbecue joint for the past 11 years and it just kinda soaks into the music. I don’t know that I can particularly tell you how, but I feel it and it’s a just a part of me now.”