Making a Scene Presents an Interview with Mark Cline Bates! 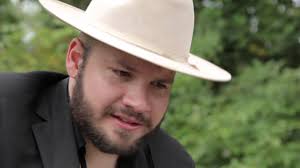 For some, songwriting is a choice. For others, it’s survival: a rough hewn path to solace and personal salvation.

A little melodramatic, perhaps. But not in the case of Mark Cline Bates.

Bates is a curious sort. An old soul, for sure. He has a storyteller’s eye for detail, a reverence for the past, and journeyman’s sense of adventure. At 30, his “resume” – what he’s done and experienced in life – is quite remarkable.

The Bates’ family has been in West Virginia for four generations.  Mark grew up fixing fence and cutting hay on the family farm in Putnam County and his character reflects those basic values. His accomplishments are as much a result of his dedication and strong work ethic as they are his talent.

Bates earned a free ride to study jazz at Marshall University; worked his was through the West Virginia Police Academy and left just weeks shy of graduating; has followed his musical muse to Los Angeles and Nashville with a passion that’s fearless; and has caught the attention of some high-profile producers. 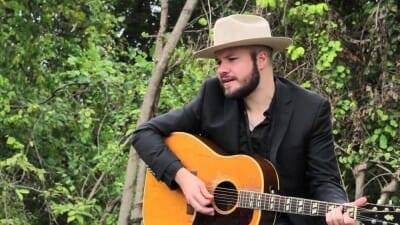 His songs document his personal travails and growth, always thoughtfully and sometime audaciously. Meanwhile, at every turn, he’s had to sidestep the demons that have haunted his family for decades.

And it’s that range of experience – with its high peaks and deep valleys – that gives his songs depth and makes them compelling.

Thanks to his great aunt, “Nanna,” who played piano in a local Pentecostal church, Bates began singing at age 13 –  not long after his grandmother was murdered in a tragic home invasion. He still finds comfort in the southern gospel hymns she taught him, many of which date back to the early 1900s.

At age 18, he won a fellowship and, in front of thousands of people, conducted the WV Symphony Orchestra in Wagner’s “Prelude to Lohengrin.” That same year, he enrolled in the Jazz Studies department of Marshall University, majoring in trumpet.

But it took just one semester for Mark to realize that his calling – or catharsis – was songwritng. He left Marshall and approached the craft with a vengeance. Soon, he was writing furiously, at times, a dozen songs a week. Then, in 2008, he traveled to Athens, GA, and recorded his first CD with Drive By Truckers producer David Barbe at the helm.

Two years later, he recorded “Down The Narrow” in a barn in Pomfret, CT, with Mark Thayer producing. A song from that release, “Death Sucks,” was selected as NPR’s “Song of the Day,” received airplay on BBC and reached the Top 20 on the Americana UK chart.

Next, he tried his luck in Nashville. Like countless others, he made friends, played gigs and wrote songs. But the scene wasn’t for him.

“I was the odd man out in those writing rooms with five dudes wrestling over what kind of truck to sing about,” he said. “I never was able to carve a place out I was happy to inhabit. I wanted to tell stories about where I came from. I much prefer being the master and commander of my own storyline – not the ones about jean shorts or Bud Light.”

Never forgetting the work of the WV State Police who had quickly apprehended his grandmother’s murderer, he took a left turn and enrolled in the State Police academy. He was already fitted for his trooper’s uniform when his life took another detour.

“I was on security detail walking the compound late one night and snuck into my car to check the voicemail on my phone as we couldn’t communicate with anyone in the outside world during the week. That’s when I got the message about an opportunity in California,” he recalled. 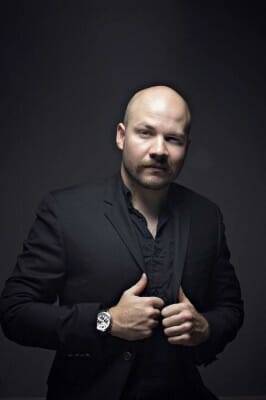 The next day, the entire class was called out to the court yard of the academy where Bates rang the bell three times which signified that someone quitting.

“I went home, changed clothes and met my mom at “Mountain Stage,” he added. “Lucinda Williams was on the show. Afterwards, I went home and wrote ‘Lucinda,’ which ended up on the record I cut in L.A.”

Turns out, the call was an offer to work at Klaus Bedelt’s studio in Los Angeles, singing for film/television projects. He “loaded up the truck”… and headed west. While there, he co-wrote a song, “Take Me Home,” for the film “Philly Kid” that was featured at the conclusion of the movie.

He made his debut on the syndicated NPR show “Mountain Stage” in 2013 – three years after he had attended the show the day he left the State Police Academy.

The following year, he returned to Nashville to record “Mark Cline Bates” with Mark Nevers producing. The full-blown production was decidedly country and led to TV appearances in Chicago and Houston, and a feature in Billboard.

His current recording, “King of the Crows,” took a different approach thanks to famed engineer/producer Don Dixon who was drawn to Bates’ material. Essentially a piano, bass drums trio (with Dixon on bass and Jim Brock on drums), it features Bates’ most powerful songs and performances to date.

At the ripe old age of 30, Bates, now married with two stepchildren, juggles writing and performing with his day job. Most importantly, when he’s home, he still plays with his Nanna every Sunday at church.