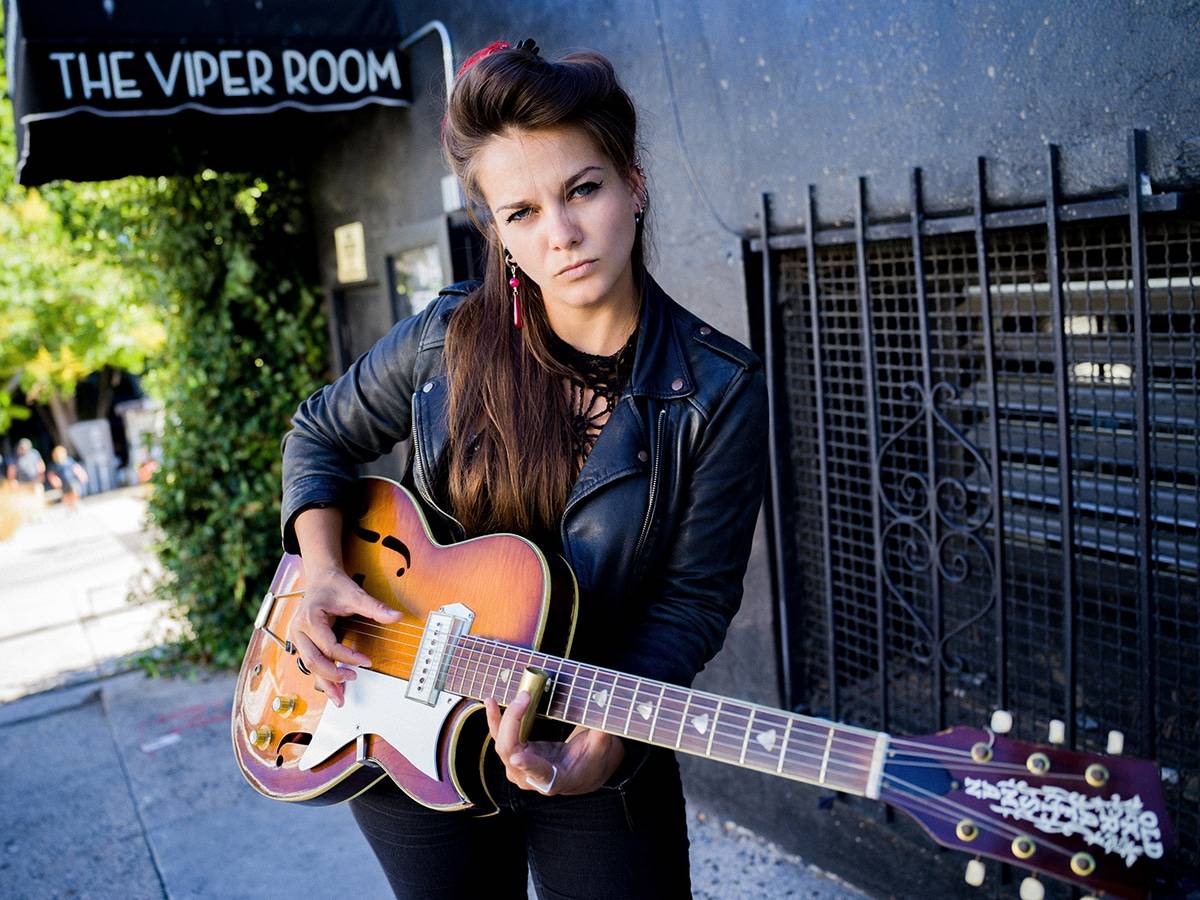 Making a Scene Presents an Interview with Ghalia Volt 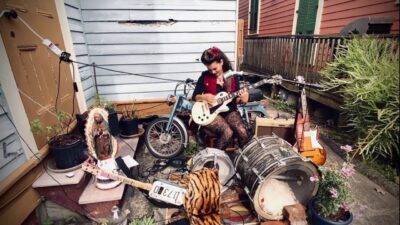 Never underestimate the power of a woman with her back to the wall. In March 2020, as Covid blew across the planet, the shutters came down on live venues and recording studios, and the music scene fell suddenly silent, Ghalia Volt faced the same dilemma as every other artist. What now?

The answer was One Woman Band.

For Volt, the rebirth as a solo performer wasn’t a decision made lightly. Since the early days, she’s been a musician who thrives on the buzz of the hook-up, surrounding herself with the best players and soaking up their vibe. Back in 2017, it was the Belgium-born songwriter’s taste for collaboration that led her to New Orleans, for the meeting with local blues legends Mama’s Boys that became her smash-hit debut album, Let The Demons Out.

Two years later, it was that same spirit that lured Volt to the fabled hill country of Coldwater, Mississippi, to hold her own at second-album sessions with greats like Cody Dickinson, Cedric Burnside, Lightnin’ Malcolm and Watermelon Slim. 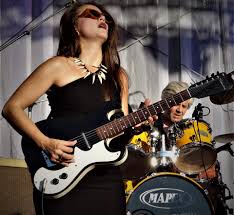 With the breakout success of 2019’s Mississippi Blend – a record that broke into the Top 3 of the Billboard Blues Chart on three separate occasions – it seemed the world was Volt’s for the taking, her seven-year transformation from Brussels busker to the adopted daughter of American roots gathering pace. Now, with One Woman Band, the journey takes a thrilling left-turn. If her apprenticeship on the mean streets taught Volt anything, it’s that she already had everything she needed to make magic – and in March, she reconnected with that one-woman philosophy. “I started playing on a real drum set,” she recalls. “Playing a kick, snare and hi-hat plus a tambourine with my two feet, while playing slide/guitar and singing at the same time.”

After road-testing the new format at shows across Mississippi, Volt realized that one was the magic number. In August, she committed to the project, embarking on a month-long Amtrak train trip that became an intensive writing session, the shifting landscapes beyond the window inspiring her pen to scratch as never before. “I crossed Louisiana, Texas, New Mexico, Arizona, California, Nevada, Utah, Wyoming, Colorado, Kansas, Nebraska, Iowa, Illinois, Missouri, Tennessee, Kentucky, Arkansas, Mississippi,” she reflects. “The goal? To write the entire album through my travel. Most of the songs are inspired by the journey and real experiences. Others are from imagination.”

Recorded in November at Memphis’s legendary Royal Studios – “on the same board where Al Green and Willie Mitchell made history” – One Woman Band saw Volt take an equally old-school approach. Rejecting the soft option of multi-tracking, she chose to record all the instruments live in real-time, flying solo except for two cameos on bass from New Orleans ace Dean Zucchero, and a pair of guest guitar solos from ‘Monster’ Mike Welch (a recent guest on Volt’s popular Blues ‘N’ Roll virtual sessions on YouTube). Co-producing the record with Lawrence Boo Mitchell, Volt made the bold decision to let the rough edges stay on, prizing atmosphere over perfection and delivering her most groove-driven material to date. 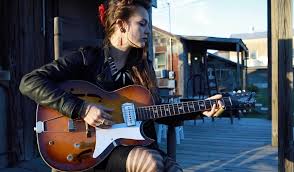 You can feel the turn of those train wheels in the addictive stomp of songs like Reap What You Sow, or Last Minute Packer, where Volt gives us a candid snapshot of road life’s manic pace, complete with a wicked double-entendre (‘It’s another hotel room/One night stay, wap bam boom‘). Meanwhile, the rattle-and-shiver slide guitar of Espiritu Papago evokes the scream of a locomotive whistle. “Imagine John Lee Hooker on mushrooms, lost in the desert of Arizona, on a hot summer day,” says Volt. “That’s the vibe of that song.”

Just as the music cuts to the bone, so the lyrics are honest, raw and often witty, whether that’s Volt laying down her ground rules for a partner on Loving Me Is A Full Time Job, or exploring how a parent’s toxic example can create a monster on Bad Apple. “It Ain’t Bad was the first song I wrote when the pandemic started,” she explains. “I remember walking in the park after fifteen days without family or friends, income or work, and telling myself, even if we’re going through rough times, we’re still fortunate, so don’t take things for granted. Meet Me In My Dreams evokes how lucky we are when someone we’ve lost forever appears in our dreams. When your own memories start to fade, any new moment spent together – even in a dream – feels golden.”

The Covid-19 pandemic is an unprecedented chapter of human history, with no clear end in sight. But Ghalia Volt has given us the soundtrack to better times ahead, and the songs we’ll still be singing when we meet on the other side. This might be a One Woman Band – but you’re always welcome to ride shotgun.