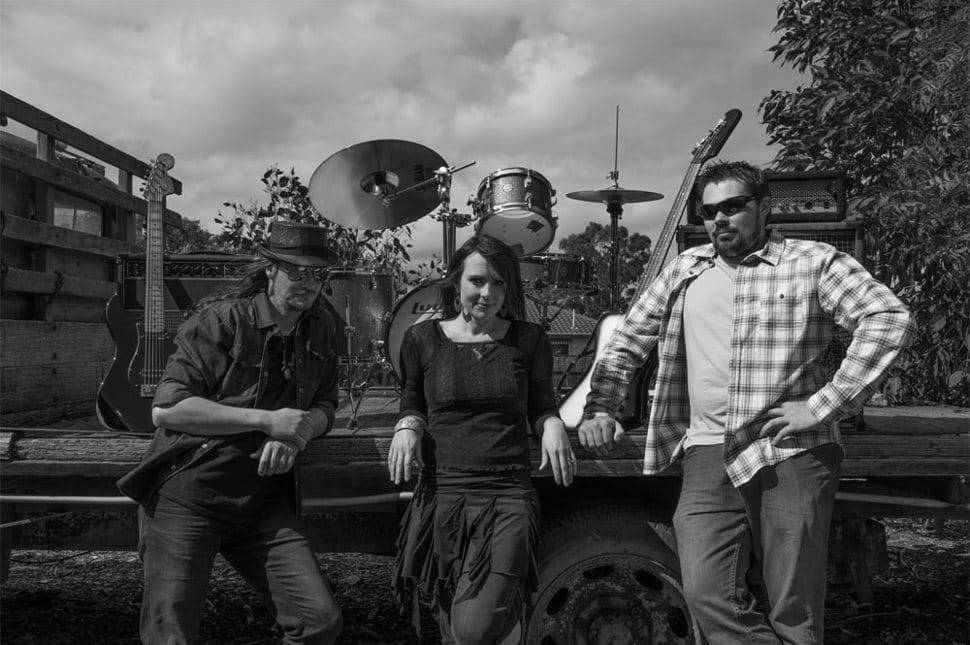 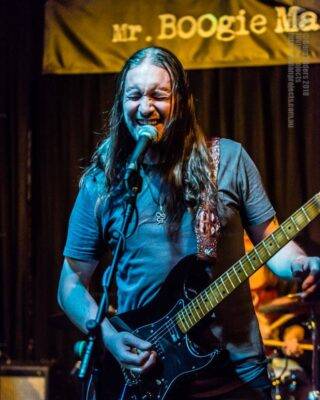 “Proud Mary“, “Bad Moon Rising“, Up Around The Bend” and “Run Through the Jungle” bring to mind one band and that band are California’s Creedence Clearwater Revival. a quartet who despite their West Coast origins jammed grooves of a more southern persuasion, songs that referenced swamps, bayous and catfish rather than the sun, sand and sea of their home. Why, you may ask, are we mentioning this? Well the answer to that comes from the mouth of Southbound Snake Charmers vocalist/guitarist Topher Denman who when notifying Desert Psychlist of the imminent arrival of his bands new EP “To The Bone” added to his message ” I feel we went really Creedence with this one“, a bold statement you may say, so time to find out if they did.

Denman along with Nat Sutphin (bass) and Brooke Maloney (drums) do not only capture the sound of CCR on “To The Bone” they damn near become them, ok that maybe a bit of an overstatement but if you played a CCR greatest hits album and then followed it with “Through The Smoke” and “Playin’ With Fire“, the first two tracks of this nifty slice of swampy blues 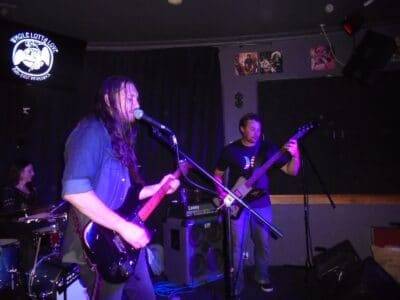 grooviness, you would be hard pushed to tell where one band started and the other finished. Everything from guitar tones to rhythmic execution has that authentic late 60’s early 70’s analogue feel something that deserves a big thumbs up to the team at Ash Ravens Music who produced, mixed and mastered “To The Bone” It’s not all CCR worship however there is a strong Hendrix vibe to the excellent “No Land” with its wah drenched guitar motifs and powerful bass and drum accompaniment and “My Crazy” could easily be mistaken for an outtake from Quicksilver Messenger Service’s legendary “Happy Trails” album. The EP is filled out by two new remastered versions of tracks that appeared on previous releases, “Ride On” (originally released on Voodoo Chicken Shack) and Don’t Speak To Soon (originally released on Rythmn’n’Rust) both get the same retro production treatment that the newer songs get and sound all the better for that.

Desert Psychlist has mentioned three bands that may or may not have inspired the sound and direction of “To The Bone” but don’t be fooled in to thinking that this is some sort of tribute to those artists. Soutbound Snake Charmer put their own personal stamp over each and every one of these songs on offer, putting their own twist on things and making certain their own identity shines through on songs that although may have a certain familiarity are nonetheless new, fresh and exciting.