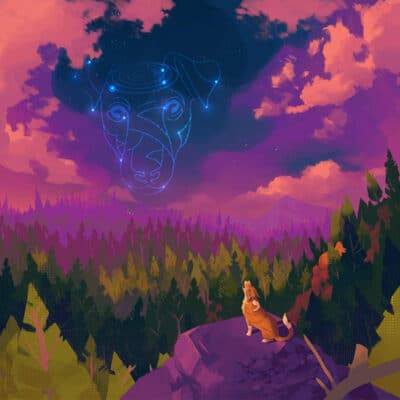 Hunter and The Dog Star

Hunter And The Dog Star is the band’s fifth studio album for Edie Brickell & New Bohemians and their first since 2018’s Rocket—which came after a twelve-year hiatus. Since forming in Dallas in the mid-1980s, the band has toured extensively across the country and had their music featured in several hit shows including Miami Vice, Girls, Cold Case, Ugly Betty, Wet Hot American Summer: Ten Years Later, American Dad! and more. And, of course, you must know Edie’s famous husband. (no hints)

Already the band has released three singles. The optimistic “My Power,” debuted this past fall to critical acclaim, likely timed for the Election.  The pulsating “Tripwire,” like the former, was accompanied by a psychedelic video making Brickell seem even more effervescent than she comes across in the music itself. The mostly recently release single is “Horse’s Mouth,” which has a especially indelible chorus (“if you don’t hear it from the horse’s mouth/You’re hearing from a horse’s ass”) with some searing guitar from Withrow and rollicking piano from Hubbard.

There are other highlights too in their throw-caution-to -the-wind sheening pop approach from the opener “Sleeve” to the sly “Don’t Get in Bed Dirty” to the animated “I Don’t Know” to the pulsating” Stubborn Love.”  Their arrangements are chock full of melodic hooks and danceable beats.  Unlike much of their previous work, this album was less premeditated, instead aimed at capturing the band’s live energy. Reflecting on the album, Brickell shares, “Hunter And The Dog Star is a collection of songs reflecting the mystery of self-expression, loyalty, companionship and love in the darkest sky just before dawn.” More importantly she says, “…I want to hear music that makes me feel better. So that’s our intention when it comes to capturing the effervescent energy in our music.”  She and band accomplished that mission. This album sparkles with smiles.

The Mountain Goats Getting Into Knives