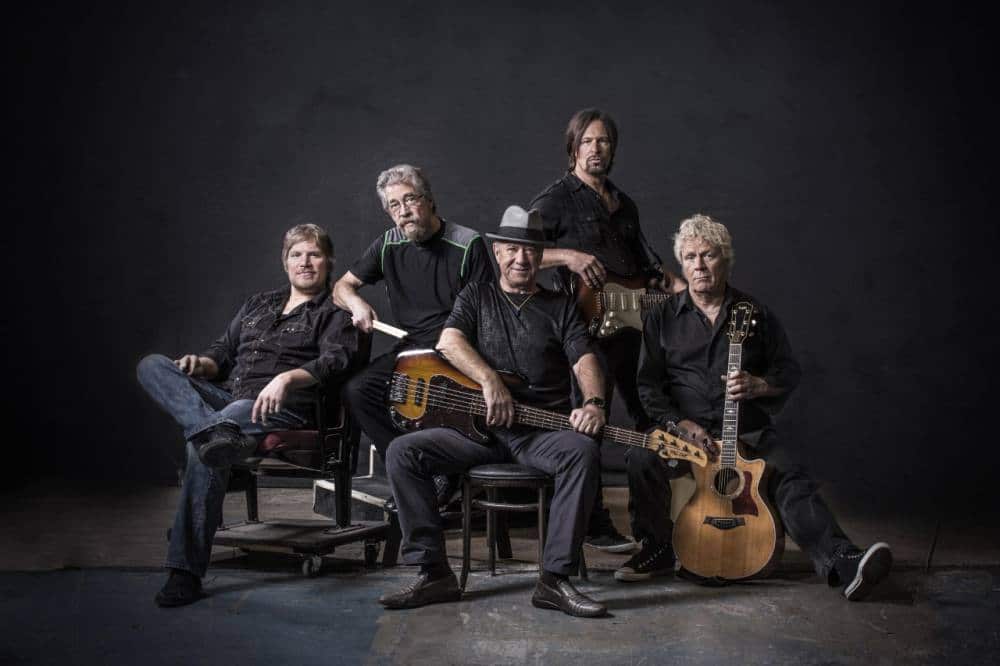 Making a Scene Presents an Interview with Doug Clifford of Creedence Clearwater Revisited! 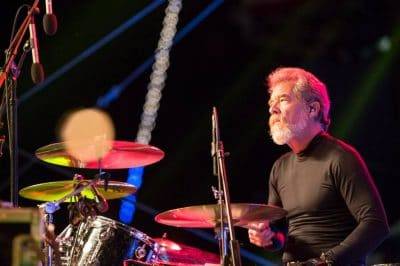 To the current generation a “Cosmo” is a pretty drink, a character from a cartoon or a space reference but to those who’ve come before; Cosmo is the middle moniker of one Doug “Cosmo” Clifford drummer and one half of the legendary rhythm section of Creedence Clearwater Revival.

Still going strong with bassist Stu Cook, Creedence Clearwater Revisted has picked up where the earlier version left off and continues to bring their classic hits to new fans daily.

According to Clifford, when he and Cook put the band together they had a plan; well somewhat.

“This will be our twenty-fifth year with this project,” he explained. “We originally had a five year plan, exactly what that was in detail I have no idea and neither does Stu, we laugh about it. We had a five year plan figuring if we lasted five years we’d have accomplished our goal and as we look back and see what we were able to do; getting sued right out of the gate over the name and we prevailed and we have a great band, a lot of fun and it’s been a great ride.” 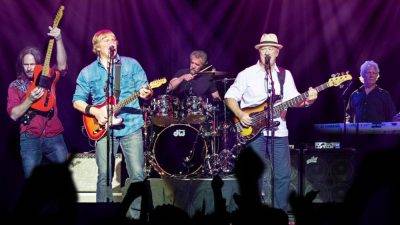 Songs such as, “Bad Moon Rising,” “Proud Mary,” “Down On the Corner,” “Fortunate Son” and oodles more have come from CCR over the years and have been in countless movies, TV shows and ad campaigns; much of their catalog is still heard on classic rock radio stations on a regular basis. Clifford marvels at their good fortune and is very conscious of the fact that their music has touched generations and still continues to do so today.

“It’s multi-generational,” he said with a chuckle. “We have three generations of fans, we have more young fans than older fans and that’s just the cycle of life. Our age group is dying off (laughs) but it’s nice to know there’s a group with younger energy behind us and I see a fourth emerging; I call them the single  digiters and they’re the seven, eight and nine year olds. They are engaged in the music, they know the words and to cross channel multiple generations was probably our stiffest test or the toughest test for any pop medium which is the test of time; we’re pretty proud of that. I shake my head every time I go to a local grocery store and hear one of our tunes playing and there’s an old lady in front of me or someone in an aisle singing along and I just smile and think, there we are.  I still get a kick out of it; our dream was to one day have our songs played on the radio and they’re still playing them. We actually just found out from the record company that we have four multi-platinum, one platinum and one gold certified single and that’s the new electronic world of calculating and we are still putting out gold and platinum records; it’s amazing.” 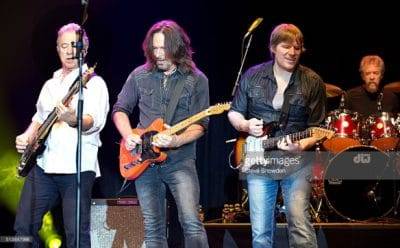 One of the band’s many accomplishments occurred nearly 50 years ago when they were part of an “intimate” gathering called, “Woodstock.” Clifford recalls the trials, tribulations and memories from the festival and says it doesn’t seem like five decades have passed; then again maybe it does.

“Seems like both, it goes back and forth,” he jokingly said when asked. “It was a logistical nightmare quite honestly; at the time nobody knew that it was going to be the grandest of the grand and things just weren’t right. Things had gotten out of hand with the number of people that came and when the fences went down with 500,000 people there they certainly weren’t prepared to handle that large a number. They were short on food, water, shelter and you name it. The weather was wet and cold and they had problems with that and getting our equipment in, getting ourselves in, then everything was late because of the problem with the rain and people going over their allotted time; it wasn’t much fun.

The one saving grace was that Bill Graham had a representative there in a Winnebago who was representing Santana and the Grateful Dead and those guys were all out doing their thing and didn’t want anything to do with the representative but he liked us and respected us and we had beautiful steaks and a nice French wine to wash them down (laughs) and he was kind of our savior there. We had gotten on somewhere between one and three in the morning because the Grateful Dead had gone over double time on their set; it was really a pain in the neck. As time passed I think Stu said it best, “It wasn’t about the bands it was about the fans;” the people there behaved themselves.

There were half a million people there in those conditions, no violence, nobody got out of hand, people were having fun playing in the mud like kids and sharing whatever they had with complete strangers; peace love and music was right on! I mean you could feel it,that was the thing about it, once we got in there and got our feet on the ground and realized that it was what it was weather wise and all of the other logistical things that went along with it; you could feel the vibe. I mean the hair stood up on my arms when I looked out and saw all of these people with smiles on their faces and laughing and making the best of a bad situation; it was truly a one of a kind event.”

Camaraderie with the fans and the acts didn’t end there; Cosmo fondly recalls Bill Graham and their relationship with the great guitarist Carlos Santana.

“Carlos is an old friend of ours and back in the day we would do some tours with them where we would be the promoters and put posters out and we would alternate billing; one show we’d be the headliner, the next show they would be the headliner and we’d cut out the middle man and make some money. Then records started happening and everything changed for both of us; those were the days with Bill Graham at The Fillmore and what a great guy he was. He made it happen and he made it happen by putting out quality music with very interesting combinations of artists. He put together some very interesting musical events and he did it with class and integrity; it was always the best sound system for that period of time, he made sure that things were orderly, as orderly as they could be with a bunch of people running around who were on acid (laughs). He was a good friend of ours and we were very happy to have him as a friend.”

Presently, Creedence Clearwater Revisited is on the road and will be making their only east coast stop this Friday March 8 in Bensalem, PA at Parx Casino’s Xcite Center. Clifford still gets excited before every gig and summed up what it’s like to be a performer.

“It’s like I’m getting ready to go to the candy store,” he said once again with a laugh. “I love to play and it’s always great to know that we have this great group of fans and we want to give them the best night they can possibly have. I always crack up when I get asked if I get scared before we go on and I say no I get excited. I practice every day but I don’t get adrenaline rushes when I practice, that’s a whole different scene there, that’s to keep myself in shape so that I can play the music at the level that it needs to be played but it’s not the same as the show. Show time is the real deal, you get that adrenaline rush and that is what you do it for; there’s nothing like it in the world.”

What does he do when he practices to assist him in keeping at the level he’s come to expect?

“I play to other people’s music and to ours, I like mixing it up and it helps keep me in shape to do what the people come to see us for; if I didn’t play a show and get an adrenaline rush I’d be looking for some golf clubs I think (laughs).”

Creedence Clearwater Revisited consists of Clifford, Stu Cook, lead vocalist/rhythm guitarist Dan McGuinness, lead guitarist Kurt Griffey and keyboardist Steve Gunner; each with a laundry list of credits to their name and the talent to back them up.

The Xcite Center is located on the grounds of Parx Casino which is located at 2999 Street Road in Bensalem. Show time is 8 p.m., the doors open at 7 p.m. and prices range from $35 to $75 dollars per ticket.

Ghalia is Making a Scene