An Exclusive Interview with Lazer Lloyd!

An exclusive Interview with Lazer Lloyd by Richard Lhommedieu on Mixcloud 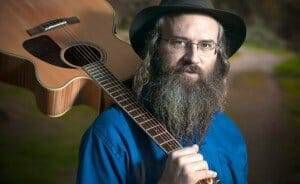 Lazer Lloyd is an Israeli singer/songwriter and an international recording artist influenced by blues, gospel, southern rock, and the great guitar traditions of power and groove from Hendrix to Wes Montgomery. His music takes the audience into his world from the tender moments of a traveling musician in “By Your Side”, to a man struggling with life “Talk”, he opens hearts with the sound of his “world soul groove” on “Way Down” and “Back Porch” and rocks with intensity and joy on “Good Man Down”, “Set My Soul Free”.
He has opened for such artists as Johnny Winter, Prince, Snowy White, and Olie Brown as well as headlining weekly in clubs and major festivals in Israel. Lazer is doing his second tour of Moscow this fall 2014. On his first tour in 2013 he was guest of honor at a Russian blues/rock guitar festival.

Lazer has been touring North America from coast to coast starting in 2013 in support of the release of his acoustic album “Lost on the Highway” and continuing with the 2014 release of “Insides Out” a collection of Lazer Lloyd’s most popular electric and acoustic songs. 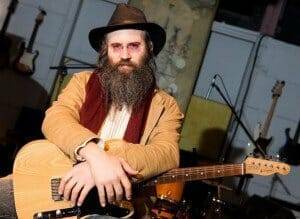 He performs four to five nights a week in Israel as either a solo acoustic act, duo shows with fellow Israeli blues-rocker Ronnie Peterson or with his trio the Lazer Lloyd Band featuring the hottest blues rock rhythm section in Israel: Moshe Davidson on bass and Elimelech Grundman on drums.

Jerusalem Post’s David Brinn captures the live scene at a Lazer show,
“When Lazer Lloyd enters the zone onstage, his eyes close tightly and he begins a peculiar dance – partly Tevye in the shtetl, partly psychedelic free form shuffle. He handles his guitar like it was an extension of his lanky but sturdy body, and the glorious noise that it emits sounds like wails and squeals emerging directly from his soul. He’s lost in the moment. He’s the best guitarist in Israel.” 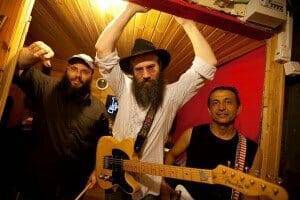 Lazer Lloyd’s music has successfully crossed over into the Israeli mainstream music scene, he has been featured playing live on Israeli Channel 8 TV’s “Guitar Heroes” hosted by Tal Friedman, Channel 10′s “London and Kirschenbaum”, Channel 2, 88FM with Gedi Livneh, as well as on Yoav Kutner’s Army Radio program. Kutner commented,
“From the moment the sounds of his guitar reached the air it was completely clear that this is an international-level guitarist. His shows are worth every minute. One of the great musicians.”

Growing up in Connecticut, at age fifteen, Lazer was already playing in night clubs along the Connecticut shoreline and in New Haven with his group Legacy. At eighteen, Lazer went to Skidmore College to study music under Milt Hinton (bass player for Louis Armstrong), Randy Brecker (Blood, Sweat and Tears), and Gene Bertoncini.

After college, Lazer returned to Connecticut to form a blues based rock band called The Last Mavericks. Their first demo gained them a showcase with Atlantic Records. Toby Mofet from A&R at Atlantic took Lazer to Manhattan to record with plans to send him to Nashville to work with producer Garry Tallent (the bass player from The E-Street Band). One night in NY, Lazer played a gig with the legendary Rabbi Shlomo Carlebach who invited Lazer to play with him in Israel and he quickly decided to take his music to the Middle East in 1994. 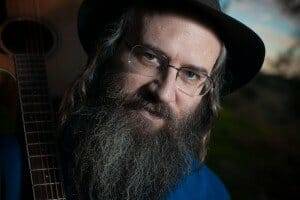 Once in Israel, Lazer joined the beloved jam band Reva L’Sheva as the lead guitar player and second singer and toured and recorded with them for a decade. In 2004, he released his first solo project “Higher Ground” mixing inspirational folk rock and his signature songwriting, soaring passionate to down and dirty guitar and vocals. He then formed his own power roots rock trio Yood and wrote, recorded, and produced their albums “Passin’over” in 2007 and “Real People” in 2008. Yood toured Israel as well as US college campuses. The 2012 Lazer Lloyd electric album, “My Own Blues”, was the Israeli Blues Society’s selection for Best Israeli Blues Album.

In 2013 he released a roots acoustic album entitled “Lost on the Highway” on Blues Leaf Records. “Lost” got airplay on blues and AAA radio all across the US as well as in Italy, Germany, England, and Scotland. Lazer is releasing an all new self-titled album in 2015. In the Blues Blast Magazine review of “Lost”, Rex Bartholomew writes,
“I have been listening to the blues for most of my life and had never run into a blues record from Israel before, but this first one is setting the bar high. His guitar playing alone is worth the price of admission, and when you add in his vocals and strong songwriting skills, this is a winner.”