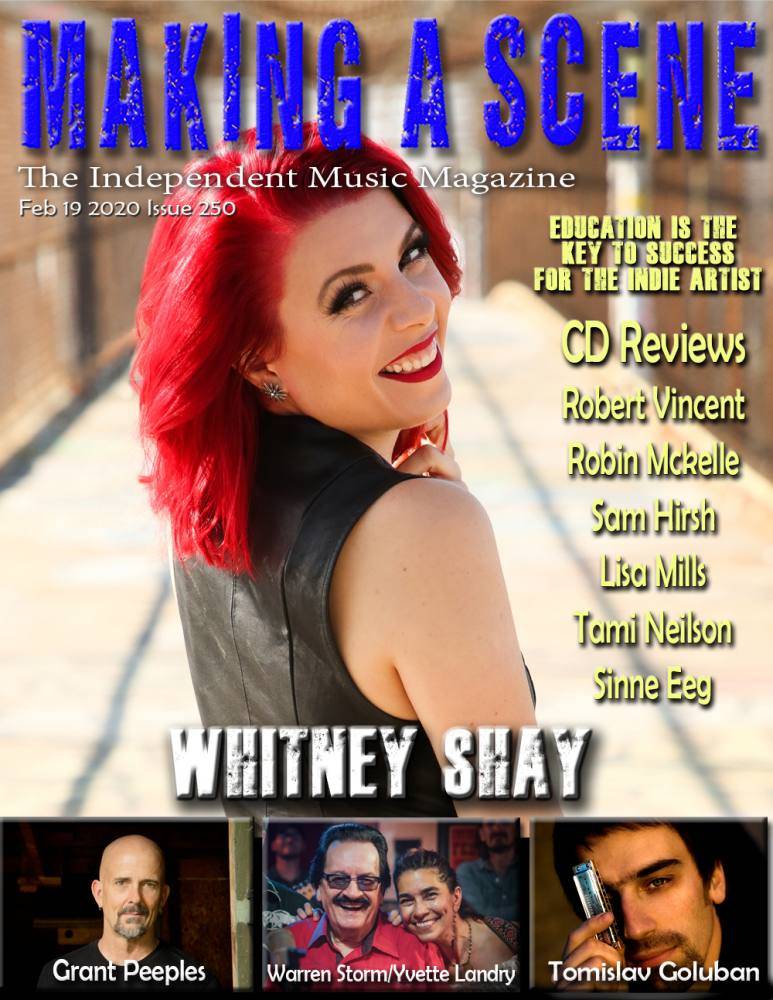 Alice Howe Is Making A Scene! 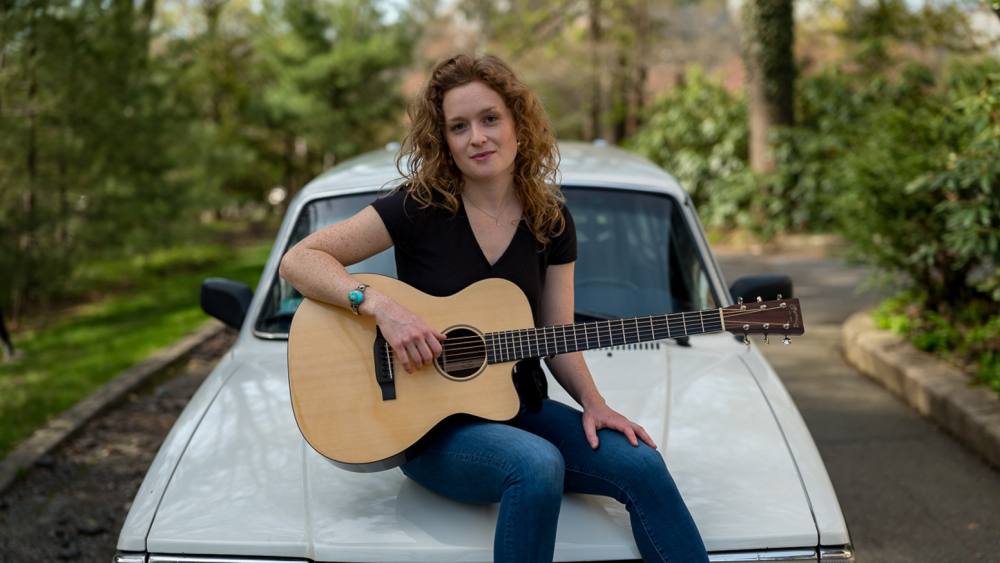 Making a Scene Presents an Interview with Alice Howe! 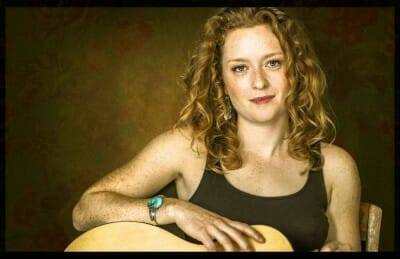 When Alice Howe wants to unlock a memory or understand an emotion, she steps outside. “There’s something about the stillness,” she says. “When I’m sitting with my guitar and looking out at a forest or the ocean, I have the space to reflect to on people and places. My muse strikes.”

Vistas and the faces and emotions they summon unfurl with compelling grace on Visions, Howe’s anticipated debut album. A modern love letter to 60s and 70s folk and timeless blues, Visions pays homage without succumbing to imitation, and offers an intimate snapshot of a young artist discovering her own power. Early praise for Visions has streamed in from gatekeepers such as American Blues Scene and smitten local press alike. “Sometimes we’re lucky enough to catch an up-and-coming artist as they fly into our radar,” critic JD Nash writes. “This is one of those times.”

Howe’s path to “up-and-coming” artist seems both fated and winding. She grew up in Newton, Massachusetts, just outside of Boston, in a home filled with music and art. Long outdoor walks were encouraged, and Howe would often disappear to wander through her grandmother’s garden next door or to journal and turn experiences into songs. “I can’t remember not singing,” she says with a laugh. Her mother always had a record to put on––Muddy Waters, Taj Mahal, and other blues giants were favorites. Howe sang with her brother and her dad, Sandy––a gifted painter turned successful architect––and sang alone to herself, improvising and composing constantly. 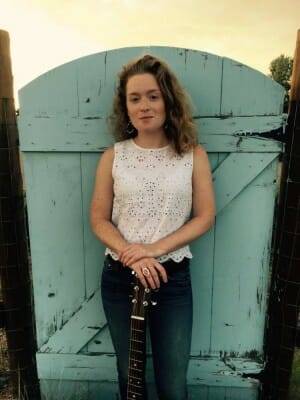 Howe left home to attend Smith College, graduated and moved to Seattle before finding her way back to Massachusetts. While music was always her companion, it didn’t become her profession until she decided to attend the Northeast Regional Folk Alliance Conference in 2016. There, she met Freebo, Bonnie Raitt’s beloved bassist for a decade and veteran of performances and collaborations with Crosby, Stills, & Nash, Ringo Starr, Loudon Wainwright III, Neil Young, Dr. John, and more. Howe knew she’d found an ideal collaborator. “I feel like it all happened because I was open to it and ready for it to happen,” she says, then adds with a laugh, “I was ready, so the universe said yes to me.”

Freebo invited Howe to record in Southern California, and Bakersfield’s sun-bleached grit became a creative counterweight to Howe’s lush New England naturalism. American roots music became Howe’s playground: blues, bluegrass, folk, and pop––with celtic nods––take turns defining the sounds on Visions, anchored by her rich soprano. An ace band backed Howe like she’d never been backed before, and the resulting collection is polished but energized by a young artist’s hunger to prove herself.

Album opener “Twilight” is an intimate introduction to Howe’s use of pastoral vignettes to invite confessional introspection. Her vocal flutters conjure up memories of celtic storytelling over a bed of acoustic guitar, keys, and more.

When it comes to covers, Howe handpicked gems from masters. She saunters through Muddy Waters’ “Honey Bee” and gives Sam Cooke’s “Bring It on Home to Me” a slow blues-build that makes for an R&B lullaby. In her admiring care, Taj Mahal’s “Lovin’ in My Baby’s Eyes” shines like the classic it is. “Too Long at the Fair,” penned by Joel Zoss and made famous by Bonnie Raitt, could not have found a more suitable young interpreter, and Howe is also beautifully at home with Bob Dylan’s “Don’t Think Twice, It’s Alright,” swollen with sad tenderness.

Howe cowrote most of the album’s originals with Freebo, excluding “What We Got is Gold,” which takes refuge in love that refuses to fade as an accordion blends wistfulness and warmth to lead the other instruments in a layered pop-folk stroll. Featuring a supporting cast buoyed by b3 organ and horns, “Getaway Car” is a blues-fueled romp, while “You Just Never Know” veers confidently into bluegrass territory as Howe traces the people and places that have come, gone, and shaped her. 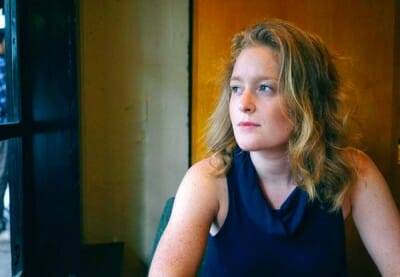 Album standout “Still On My Mind” looks again to nature as a comfort and a gateway to memories as Howe pays the ultimate tribute: remembrance. She wrote the song and many others at the rustic cabin her great uncle built in a Vermont forest. “Still On My Mind” acknowledges lovers, friends, family members––souls who have moved on in one way or another but remain ever-present––with a smiling peace that somehow blends immersion in the now with unchecked nostalgia.

Throughout the record, one person looms large: her father, who died when she was 18. Visions is dedicated to him. “He always supported me in my art and music,” she says. “I like to think that he would be really pleased with where I’m at right now. He’s with me all the time. He’s my guide.”

While Visions marks a stunning full-length debut, Howe has been marked as one to watch for several years: She released an EP entitled You’ve Been Away So Long in 2017, which bowed on the FOLK-DJ chart with a no. 1 Most-Played Song, “Homeland Blues.” In addition to being a NewSong Music Songwriting and Performance Competition Finalist in 2018, she spent fall of that year on a critically acclaimed tour of the UK and the Netherlands. Howe is also a veteran of the Northeast Regional Folk Alliance and FAR-West Folk Alliance conferences, where she has performed at formal showcases. Earlier this year, she was selected as a Kerrville New Folk Finalist.

As more and more listeners discover Howe, she is hopeful and thankful, not just for deeper connections, but for her life’s labor that has finally become her focus and brought her here. Reflecting on her time in Bakersfield with the incredible musicians who played on Visions, she cannot contain her joy. “I was so supported and given this space to do my best work, and now, I’m so happy,” she says, smiling. “I’m so excited for people to hear it.”

Sarah Morris is Making a Scene!

Tomás Doncker is Making a Scene

Jimmy Voegeli of The Jimmys is Making a Scene

Jeff Daniels of Black Cat Bones is Making a Scene