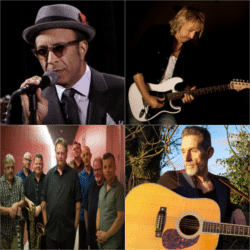 The Reverend returned to The Couch to share and talk about Blue Sky, his latest release. So much has changed since we last spoke and much of it is heard in the new tunes

Paul came by and we learned how he went from a shy kid to Johnny Winter’s guitarist, producer and friend. We heard about the upcoming music ready for the world and where Paul is heading.

Lead Vocalist, Phil Pemberton returned to The Couch to talk about the latest release In A Roomful Of Blues. Always a blast with Phil, we discussed the new music, how the band is coping with the pandemic and their plans for getting back on the road.

Steve has released No Love For The Common Man and he joined me to discuss his new music, the world around us and more.

Counting Down The Days

Keep It All Together

In A Roomful Of Blues

She Quit Me Again

STEVE SCOTT – NO LOVE FOR THE COMMON MAN

Time Waits For no One

We Know They Lied