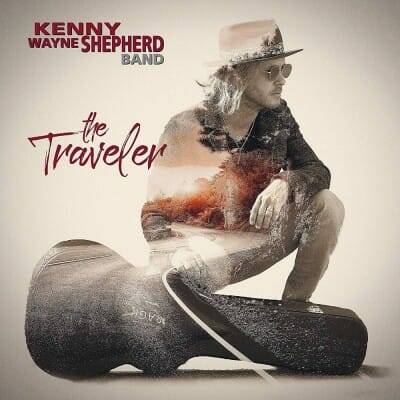 Louisiana born guitarist Kenny Wayne Shepherd first heard Stevie Ray Vaughan when he was seven years old. Encouraged by his father he was invited onstage by Bryan Lee was he was only thirteen. He released his debut recording “Ledbetter Heights” on the Giant imprint in 1995 and became a wunderkind to a new generation of blues rock lovers. Two more releases followed before recording 2004’s “The Place You’re In” for the Reprise label.

In 2007 Shepherd released the DVD “10 Days Out: Blues from the Backroads” documenting himself as he toured, jammed with, and interviewed the last of the authentic blues musicians. Ending with a concert played with surviving members of the Muddy Waters’ and Howlin’ Wolf bands, including Hubert Sumlin, Willie “Big Eyes” Smith and Pinetop Perkins, the DVD resulted in Shepherd winning a 2008 Blues Music Award.

Shepherd won a second BMA, and a Grammy nomination, for his 2010 album “Live In Chicago” recorded with Sumlin, Smith, Lee and Buddy Flett. Shepherd signed with the Concord Music Group and released “Goin Home” in 2014 resulting in another BMA nomination. Shepherd’s last album was 2017’s “Lay It Down” also on Concord. The last two years saw Shepherd receive three more BMA nominations including two for “Blues Rock Artist of the Year”. Shepherd has also released two albums with “The Rides”, also featuring Stephen Stills and Barry Goldberg.

Eight of the songs are co-written by Shepherd; five with country music songwriters Dylan Altman and Danny Myrick including the opener “Woman Like You” sung by Hunt and the first track released for airplay. Also written by them is “I Want You” with Shepherd singing.

The three remaining originals were written by Shepherd with Tia Sillers and Mark Selby. This songwriting trio won a Billboard Music Award for writing Shepherd’s No. #1 single “Blue on Black” in 1998. Together they wrote “Tailwind” the song currently receiving airplay. Also from them is the fabulous “Long Time Running” sung by Hunt; and “Gravity” sung by Shepherd with harmony from Hunt.

Also covered are Neil Young’s “Mr. Soul” first recorded by Buffalo Springfield in 1967.  The other cover is “Turn To Stone” written by Joe Walsh and Terry Trabandt and recorded by Walsh several times.

At forty-two years old, and after recording for twenty-four of them, Kenny Wayne Shepherd is making the best music of his illustrious career.