Danny Brooks and Lil Miss Deb are Making a Scene 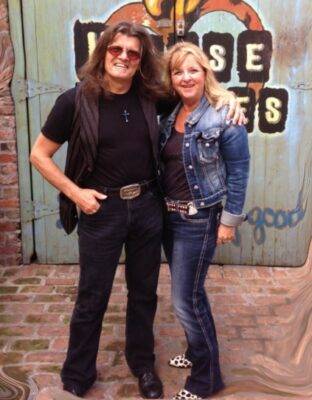 Years ago I had the privilege of singing one night with Brownie McGhee and he told me “Son ‘fo a white boy, you sho’ ’nuff have a suntan on the inside”. Several years back after my 7th cd, Mitch Lopate introduced me to Johnny Sandlin, legendary Capricorn Records producer, who brought me down to Decatur Alabama to record ‘No Easy Way Out’ with the Muscle Shoals musicians…David Hood, Spooner Oldham, Scott Boyer, Kelvin Holly, Bill Stewart, Bonnie Bramlett, Kevin McKendree, James Pennebaker, The Muscle Shoals Horns and rounding it out with Carla Russell and Tina Swindell. It was a thrilling experience and a highlight in my career. It is especially sweet as I have been given a new lease on life and my music reflects the conflict/resolution of life lived hard and fast and been given another chance to make something of it.

As Texassippi Soul Man Danny Brooks and Lil Miss Debi, we have been touring extensively throughout North America for the past 5 years.  Life is precious and we need to make the best of what we have left of it!

Bob Margolin is Making a Scene

Abby Girl and the Real Deal are Making a Scene