Benny Turner is Making a Scene! 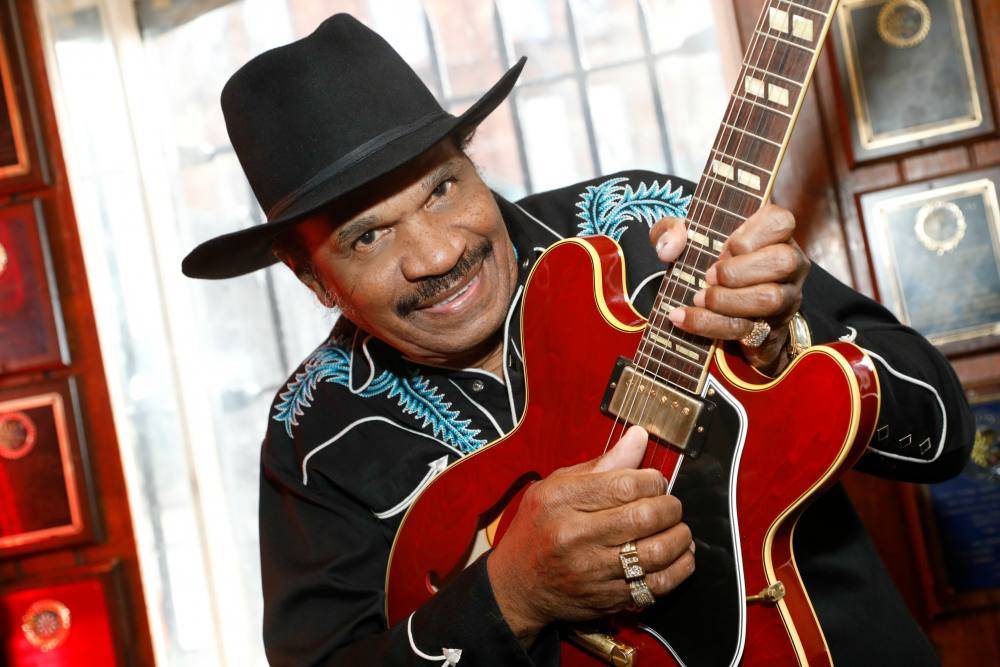 Making a Scene Presents an Interview with the Legendary Benny Turner! 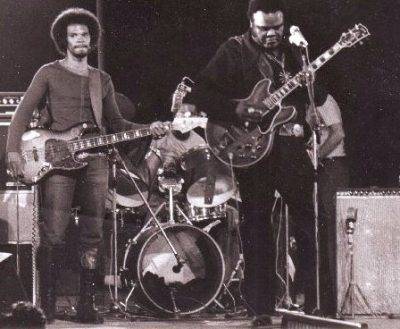 A veteran musician of more than fifty years, Benny Turner has played everywhere from the Chitlin’ Circuit, to Europe, Japan, Australia, and all points in between.  Content to be a sideman in support of the many giants he has worked with, in 2010 the time came for Benny to take his rightful place in the spotlight on center stage, to the delight of blues fans worldwide.

Born in Gilmer, Texas on October 27, 1939, Benny and his older brother, blues legend Freddie King, learned to play guitar from their mother, Ella Mae (King) Turner and her brothers Leon and Leonard King.  While Freddie was captivated by the guitar and wanted to be a performer, Benny just enjoyed the music and the opportunities to share it with the older brother he admired and adored.  The boys used to race home from school to catch the last few minutes of a radio show called “In the Groove,” where they heard the music of artists such as Louis Jordan, Charles Brown, Hank Williams, and T-Bone Walker.

After the family moved to Chicago in the early 50’s, what began as parallel exposure and experiences for the brothers ultimately diverged as Freddie went in one direction and Benny pursued other opportunities that came his way. While best known today as a bass player, Benny played guitar during many of his gigs in the early years, both locally in Chicago and on the road.  A last-minute request to sit in with Freddie’s band to cover for Robert Elem at the Squeeze Club gave Benny his first introduction to playing bass, with some “on-the-job training” at its finest! 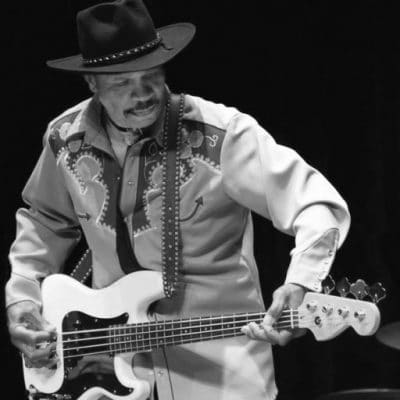 During the late 50’s Benny played guitar with gospel group The Kindly Shepherds, and is on a handful of their recordings for the Nashboro label (guitar and background vocals) from that time.  He was also playing bass with Freddie King at legendary Chicago clubs such as the Squeeze Club and Walton’s Corner.  While at Walton’s Corner, Benny met R&B singer Dee Clark, and was invited to join him on the road.  Within a few days, his first exposure to touring and life on the road began, at none other than The Apollo Theater in New York, and continued at other legendary theaters including The Uptown Theater in Philadelphia, The Howard Theater in Washington DC and The Regal Theater in Chicago.  Benny played in the band with Phil Upchurch, and cherishes their friendship to this day.  It was an exciting time, during which Dee had his Billboard hit “Raindrops” (1961).

On the road, Benny met Leroy Crume and Richard Gibbs of the Soul Stirrers and was invited to join their tour.  At that time, electric bass was unheard of in gospel music and was controversial within the band. The group’s manager, Jesse Farley, recognized his potential contribution and hired Benny.  That pioneering move laid the groundwork and inspiration for gospel music of today, in which bass guitar plays an integral role.

By the mid-to-late 60’s Benny returned to Chicago, where he continued to play locally in various bands and also made a handful of his own recordings for the Leaner Brothers’ One-Derful and M-Pac! Labels.  Not long after that, Benny re-joined his brother on the road, when the band was living every musician’s dream, playing at major festivals (domestic and international) and on the same bill as artists including Dionne Warwick, BB King, Solomon Burke, Eric Clapton and even opening for Grand Funk Railroad at Madison Square Garden in New York.  While at the Montreux Jazz Festival in 1973, members of Freddie’s band were asked to sit in with Memphis Slim, and Benny plays bass on the recording of that act, “Memphis Slim – Very Much Alive and in Montreux.”  Mickey Baker was part of that performance. 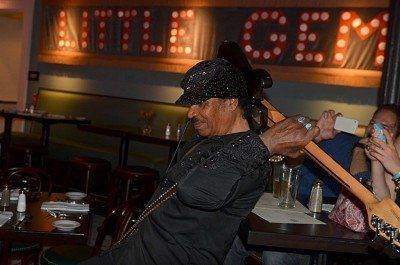 In December 1976, the dream became a nightmare.  Benny lost his band mate, best friend and big brother all at once, after Freddie’s untimely passing at age 42.  Completely devastated and physically debilitated by the unspeakable loss, Benny spent the next two years as a recluse, trying to make it from hour to hour, day after day.  Finally, when Chicago bluesman Mighty Joe Young approached him, Benny gathered the courage to face the stage once again.  With barely enough strength or stamina to make it through that first gig, Benny pushed forward, and it was the catalyst to getting him back on his feet and into the mainstream of the blues once again.  One of the highlights of their time together was appearing in the 1981 film “Thief” while playing live at The Wise Fools Pub.  After eight fantastic years on the road together, Mighty Joe had to stop touring due to health issues, and Benny planned his next move.

Heading to New Orleans was a significant turning point for Benny.  There, he met Marva Wright, “Blues Queen of New Orleans.”  He joined the band and served as her bandleader and bass player for more than twenty years.  Internationally recognized beyond the borders of New Orleans, Marva Wright and the BMW’s played all over the world in addition to being mainstays of the French Quarter music scene.  In 2010, Marva passed away and Benny lost a cherished friend and bandmate, once again. 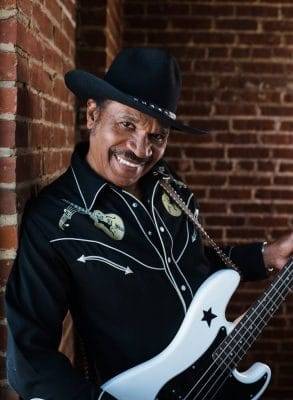 In recent years, Benny returned to the studio to produce and record three albums, showcasing his strong and soulful vocals, his signature bass style and his creative songwriting and arrangement skills.  In 2014, “Journey,” an album of all original work was released in homage to his musical history.  Embraced by the soul and blues communities alike, “When She’s Gone” was released in February 2016.  A collection of 6 original reissues from his first album, “Blue and Not So Blue,” (now out of print) and 4 blues standards, “When She’s Gone” is a musical feast dedicated to Ella Mae King Turner, the woman who raised two blues legends, the late Freddie King and little brother Benny.  The opening track, “I Can’t Leave” won an Independent Music Award in the blues song category, and the entire album received strong worldwide airplay and charted on both the Living Blues magazine and Roots Music Report charts.

2016 was a double milestone year for Benny, marking his 60th anniversary as a professional musician, and 40 years since his brother’s untimely death.  In honor and observance of both events, two very special items were released: “Survivor-The Benny Turner Story,” his long-awaited autobiography “as told to” Bill Dahl (July, 2017), and “My Brother’s Blues,” a CD in tribute to some of Benny’s favorites of Freddie King’s songs (September, 2017).

​Typical of the plight of the sideman, Benny’s talents and career accomplishments were long unrecognized.  In 2017, that all changed.  Benny received the 2017 Jus’ Blues Little Milton Lifetime Bluesman Award, was inducted into the Chicago Blues Hall of Fame as a Blues Master and was honored in his hometown of Gilmer, TX on his birthday, which was proclaimed “Benny Turner Day.”  2018 continues on that high note, with his nomination for a 2018 Blues Music Award in the Instrumentalist-Bass category, an Independent Music Award nomination for “My Brother’s Blues” in the Tribute Album category, and a Global Music Award Silver Medal for Outstanding Achievement for “My Brother’s Blues.”