Danielle Miraglia is Making a Scene 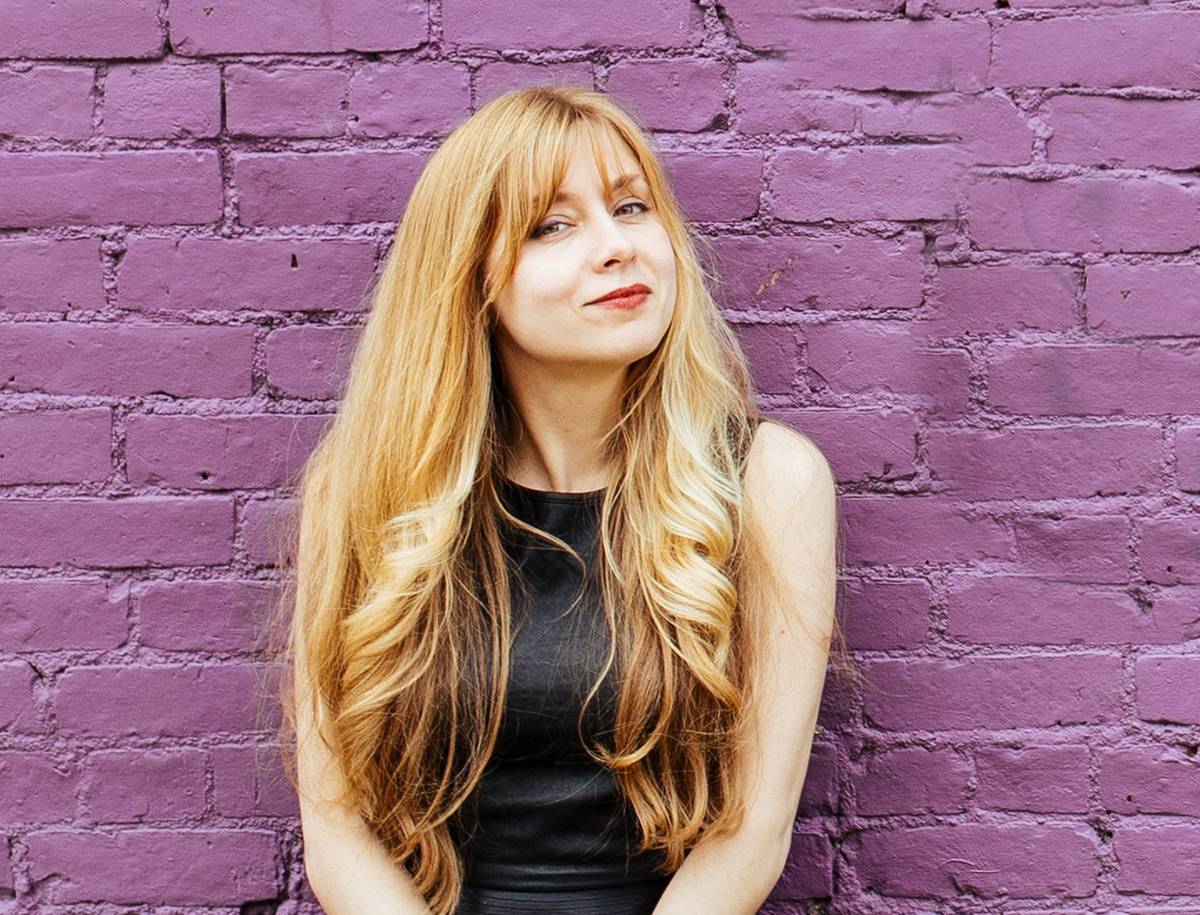 Making a Scene Presents an Interview with Danielle Miraglia 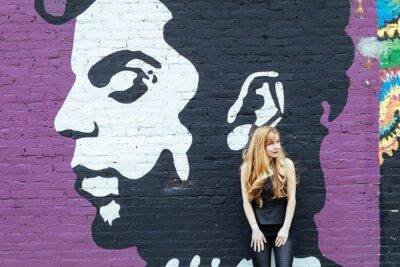 Danielle Miraglia comes armed with a strong steady thumb on an old Gibson and an infectious stomp-box rhythm with tunes ranging from heart-felt to socially conscious that will move both your heart and hips. Her latest “Bright Shining Stars” debuted at #15 on the Billboard Blues Charts. Cascade Blues Association calls it “… tough as rawhide, but smooth as blended whiskey.”  Released Oct 2020 with Vizztone Label Group, it’s a solo acoustic folk/blues record that highlights the one-woman-band live sound she’s honed over the years, featuring guest appearances by talented friends Laurence Scudder, Peter Parcek and Richard “Rosy” Rosenblatt. It includes originals as well as a collection of songs she’s been covering at live shows over the years, paying homage to influences like Big Bill Broonzy, Bob Dylan, Janis Joplin and more, plus the title track “Bright Shining Stars,” written by her husband, Tom Bianchi.  “In 20 years of recording, most of my album titles have had pessimistic connotations – “Nothing Romantic” “Box of Troubles” “All My Heroes Are Ghosts.” In a time period where our collective title should be an exclamation point inside a triangle, I thought now is the time to go positive.  So, “Bright Shining Stars” it is.” 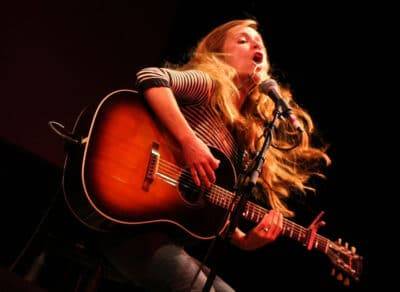 “Danielle Miraglia is like a musical butterfly who’s been granted unlimited creative metamorphoses. Even her musical chrysalis stage was a surprise emergence. Unlike so many Boston artists who attended one of the city’s many music schools, Miraglia went to Emerson College, graduating with a creative writing degree. Though she owned an acoustic guitar she seldom played anywhere but at home, she hadn’t given any thought to making a career as a singer-songwriter until one fateful night at the famous, now-defunct Kendall Cafe. She went to an open mic at the Kendall just to watch and absorb. It didn’t take long for it to register with her: “I thought, ‘That’s what I want to do: Get on stage to do my storytelling that way.’” Voila!

Her evolution as a songwriter and performer since then has been remarkable. She quickly won great acclaim and a faithful national and regional following after beginning as a “folk-blues” picker, and it’s a persona she still skillfully embraces in solo shows, but to hear her musical storytelling with such a fine backing band as the satirically named Glory Junkies (Laurence Scudder, viola; Erik White, guitar; Chris Anzalone, drums; and Jim Larkin, bass) is an entirely different dimension. That soul of a creative writer thrives in a vast range of musical styles. Danielle now rocks an electric guitar with equal aplomb, and all with a rocking and soulful energy that pays homage to top influences such as Janis Joplin, Prince and the Stones. No matter how Danielle Miraglia’s stories unfold on stage, they are a joy to hear.