An Exclusive Interview with Matt Isbell of the Ghost Town Blues Band! 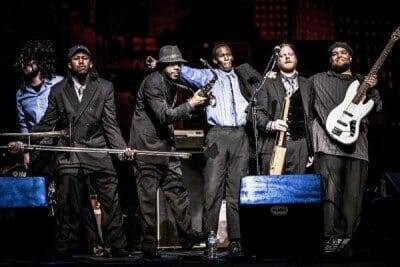 “With a shoot-from-the-hip Memphis attitude, and a STAX-busting explosion of modern blues vision, GTBB represents a welcome changing of the guard.”

Beale Street’s latest success story and 2014 INTERNATIONAL BLUES CHALLENGE 2nd Place Winner is Ghost Town Blues Band. Not your grandpa’s blues band, their live show has been captivating audiences in the U.S. and Canada with a second-line horn entrance, cigar box guitars and electric push brooms to Allman Brothers style jams and their rapping trombone player. Both Preston McEwen behind the drums and Matt Karner on the bass guitar are a punishing rhythm section behind frontman Matt Isbell with raunchy cigar box guitar licks and chainsaw rhythms. With the addition of Trombonist Suavo Jones, Jeremy Powell on keys and finally Josh Roberts on lead guitar, the grooves go from funky to funk-nasty as the band gains more notoriety in the blues and jam circuit. 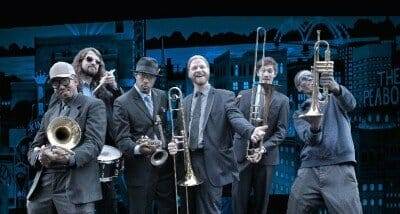 Ghost Town Blues Band is a modern blues band with an intimate knowledge of both blues, rock and improvisational jams. At the same time, the band’s raw energy and intensity is reminiscent of some of the best blues that rock n’ roll has ever offered. The band can turn on a dime from North Mississippi hill country grooves to classic electric urban blues and funk and Allman Brothers style jams. This Memphis-based, gritty, seven-piece has been touring the US and Canada since its inception in 2009, gaining a strong following within the Blues and Jam Band circuit. 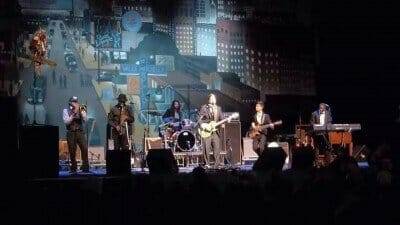 “GTBB shows what can happen when the past is distilled through young sensibilities, voices, and instruments. This is 21st century blues at its best.”
– Living Blues Magazine 2011
2014 2nd Place – International Blues Challenge representing Memphis Blues Society
2013 Finalist (Top 9) – International Blues Challenge representing Crossroads Blues Society of Rosedale
2013 BEST OF MEMPHIS NOMINEE for “Best Band”
2010 WINNER for Top Sound In Blues – Independent Label Music Award (Europe)
2010 #1 on i-tunes – Austria
We are also proud to have a “Pick to Click” and heavy rotation on Sirius/XM B.B. King’s Bluesville for our new CD “DARK HORSE
“With a shoot-from-the-hip Memphis attitude, and a STAX-busting explosion of modern blues vision, GTBB represents a welcome changing of the guard.” (Living Blues Magazine 2012)