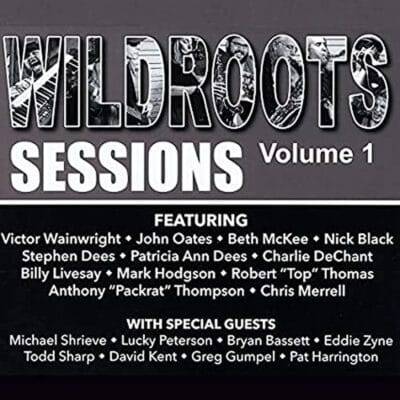 Victor Wainwright was born in Savannah. He attended college in Daytona and moved to Memphis where he was employed during the day as an Air Traffic Controller at Memphis International Airport. At night Wainwright honed his piano skills in the clubs along Beale Street. He met bassist Stephen Dees in 2004. Wainwright released his first recording “Piana from Savannah”, on the Wildroots imprint, in 2005. It was produced by Dees who also became his writing partner. In 2009 Victor Wainwright & The Wildroots released “Beale Street to the Bayou”; and followed up with 2011’s “Lit Up!” which garnered Wainwright his first Blues Music Award nomination. The Wildroots followed-up with their best album, “Boom Town”, in 2015. Overall Wainwright has seven BMA’s winning five times for “Pinetop Perkins Piano Player of the Year”; and winning for both “Entertainer of the Year”, and “Band of the Year” in 2016.

The album opens with the Eddie Floyd/Steve Cropper written “634-5789”, a #1 single for Wilson Pickett in 1966; it is performed here as a duet between Wainwright and Patricia. This album is dedicated to the memory of Eddie Zyne who plays drums on the track. The only other cover is the Jerry Leiber and Mike Stoller written “Santa Claus is Back in Town” first recorded by Elvis Presley in 1965, with Wainwright taking the lead vocal.

The album documents these thoroughly enjoyable, fine and friendly sessions. Hopefully there are many more good times ahead.