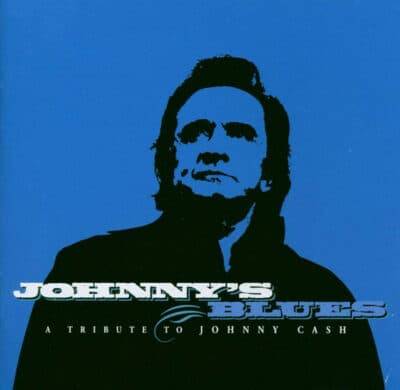 This is a 2003 compilation by American and Canadian blues musicians. I don’t know how I missed it back then.

Like most compilations some songs work better than others But overall it is a worthwhile celebration of a beloved man and musician.

The album begins with Paul Reddick’s version of Train of Love,” which rocks along just as enjoyably as the original. Then, Clarence Gatemouth Brown  and Benjy Davis swing oh a jazzy “Get Rhythm. “

Maria Muldaur next delivers a delightful version of “Walking the  Blues,” which sounds like it was meant to be performed this way and features some fabulous guitar picking. After her,  Chris Thomas King turns in an exhilarating talking blues on” Rock Island Line.”

Next. Garland Jeffries performs an acceptable version of “I Walk the Line.” It pales, though, compared to Blackie and the Rodeo Kings’ down and dirty version of “Folsom Prison Blues,” one of the highlights for sure.

Henry Manx then gives us an unusual  but beautiful version of “Long Black Veil,” which mixes gospel,

After that, Alvin Youngblood Hart offers “Sunday Morning Coming Down.” It is not bad but it lacks the drama and edge of despair that both Kristofferson and Cash gave it.  But Cash’s humorous alternative version of  the story of Frankie and Johnny, “Frankie’s Man Johnny,” tickles the funny bone just right with veteran musician Sleepy Lagerfeld.

With an abrupt change of mood, we get a lesser known song, one of Cash’s mystical gospel creations, “Redemption,” and it is hauntingly beautiful with its West African vibe. It is followed by Kevin Brett’s frankly strange instrumental of “Send a Picture of Mother,”  which features a didgeridoo  and just fails to work at all.

Producer Colin Linden is all over this album playing with various folk and finally gets to do his own entertaining version of “big River.,”

Of course, the album ends with “Will the Circle Be Unbroken,” by the incomparable Mavis Stapes.

This is an indispensable album for any Johnny Cash fan who also likes the blues. The excellent tracks far outweigh the few that fall slightly short.

Rale Micic Only Love Will Stay