Fuel Junkie is Making a Scene

Making a Scene Presents an Interview with Mark LeClerc From Fuel Junkie! 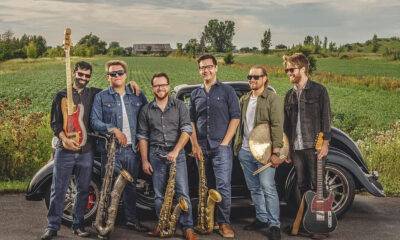 Since its formation in 2014, Fuel Junkie has revealed itself as one of the most promising upcoming artists on the Montréal blues scene. Passionate about the blues at a very young age, Mark LeClerc founded the group with close friends met during his music studies. Singer and composer of the band, he came up with the idea of a saxophone section brought to the spotlight by modern arrangements.

Grounded in the blues, Fuel Junkie is also strongly influenced by funk and soul music. The combination of a classic trio with three saxophones gives the band its unique identity that stands out on the blues scene. Creative interaction between the band members during solo sections make way for unexpected and standout moments at every concert. The group is known by its fans for the constant flow of energy and authenticity during every performance.