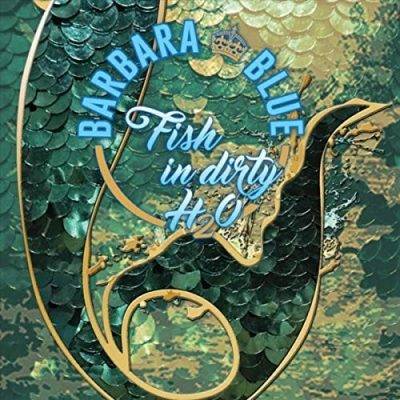 Barbara Blue moved to Memphis in 1997 and has been performing there ever since. She has been named “The Reigning Queen of Beale Street” and on Friday, May 8th, 2015 after the ribbon was cut on the brand new Blues Hall of Fame, Blue was honored with a brass music note embedded in the sidewalk on what is called the Beale Street Walk of Fame.

In the summer of 2017 Blue played The Poretta Soul Festival in Italy and started working on this album immediately after her return. Blue has written, or co-written six new songs. As an arranger she also has the uncanny ability to recognize a songs potential by re-imagining it as her own. Blue is fabulous throughout the recording as she emotes so much soul. This is Blue’s eleventh self-produced recording including three albums recorded with the members of The Phantom Blues Band.

Five songs are written by Blue with Narmore and Sandy Carroll. On the opener Blue sings “over and over I tried to love you …My Heart Belongs To The Blues”, with a beautiful guitar solo from McFarlane. Other songs written by the trio include “Wild Women” and “That’s Working For Me”. Blue has also written “Walk Away” with Narmore who, with over eighty recorded songs to his credit, is a staff songwriter for The Fame Recording Studios in Muscle Shoals. Two more songs from Narmore are included; both “Dr. Jesus” and “Slow Burn” were written with Spooner Oldham and Carl Holder.

The re-imagined “Johnny Lee (Angeline)” is adapted from a new song by Sharrard included on his soon to be released album “Saving Grace”. “Meet Me in Memphis” is another adaptation by Blue from The Eric Hughes Blues Band’s 2017 album of the same name; Steff is featured on the Hammond B-3.

The title track “Fish in dirty H2O” is from the Koko Taylor catalogue and a smoking vocal duet with Kapone. Another Blue original “Accidental Theft” features Sharrard guesting on slide. The album closes with the Robert Johnson classic “Come On In My Kitchen”.

In 2007 Blue received a Blues Music Award nomination as Contemporary Blues Female Artist of The Year. Her last recording 2014’s “Memphis Blue: Sweet, Strong, and Tight” for some reason remained “under the radar”. The bold and sassy Blue should receive further recognition with this fabulous new album.