An Exclusive Interview with Fiona Boyes 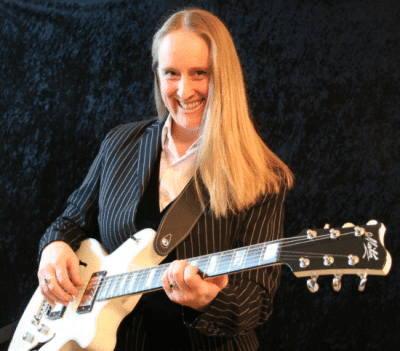 An Exclusive interview with Fiona Boyes by Richard Lhommedieu on Mixcloud 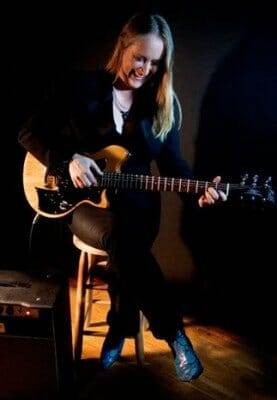 Australian Blues guitarist and singer, Fiona Boyes, has been variously described by reviewers as a ‘musical anomaly’, ‘Bonnie Raitt’s evil twin’, or simply as ‘scaring the hell out of me’. How did this fair-haired gal, born and raised in Melbourne, Australia, of Scottish and English heritage, become an internationally recognised and awarded recording and touring artist? How did she come to be the first woman and non-American to win the International Blues Challenge in Memphis? Why did some of the great Mississippi Delta and Chicago blues giants, such as the late Pinetop Perkins and Hubert Sumlin, choose to describe her as one of the best women guitar players since Memphis Minnie, record on her albums, andshare stages with her at international Blues festivals? How does it come about that the Mayor of Clarksdale, Mississippi, birthplace of the Blues, should present Fiona with the ‘Key To The City’, recognising her as an Aussie ambassador of the Blues?

The answer lays partly in Fiona’s striking and original talent; she writes, sings and plays just about anything in the Blues realm with passion and authenticity. It is also her immersion in the wide musical and historical traditions that make up the Blues and her deep love of the art-form itself. 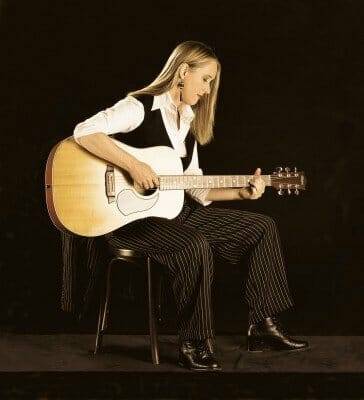 Fiona has been recording and performing internationally for more than 25 years, building a career that has taken her to major festivals and stages in Australia, New Zealand, North America and Europe. A veteran recording artist with 13 releases, 6 international award winning albums, 4 successive Blues Music Award nominations in 4 different categories, 15 Australian Blues awards, as well as a string of accolades in the folk, jazz, and Americana scene, Fiona has carved out a well deserved reputation as a guitarist, vocalist, songwriter and band leader.

Constantly touring, Fiona divides her time between Australia, Nth America, and Europe. Her home-away-from home is Portland, Oregon, as she follows the Festival seasons in both hemispheres. When she’s back in Australia, Fiona lives in Gippsland, Victoria, with her husband Steve, a social activist and Anglican priest, and between them they share the joys of five children and eight grandchildren.

Learn how to get your music heard at ReverbNation.com
Like what we are doing? Become a Patron and Support Making a Scene on Patreon!